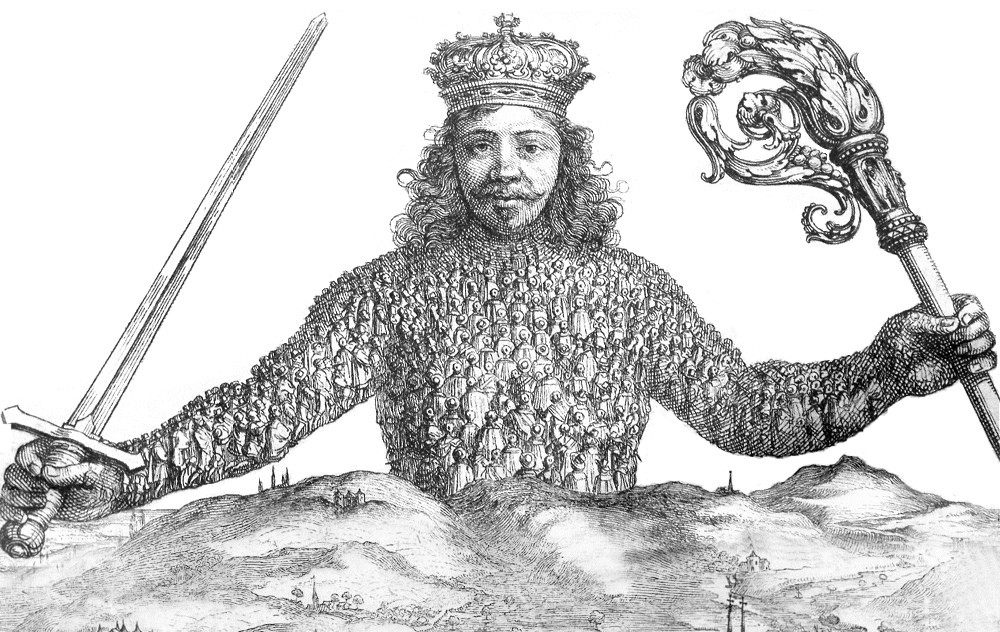 The monopoly on violence is one of the key characteristics of modern public law, modern political philosophy, and is the famous definition of the modern state according to Max Weber in Politics as a Vocation. As Weber wrote, “every state is based on force.”  In this post I will explore this idea concerning the monopoly of violence in modern juridical and political philosophy.

Although Weber was the one who gave the simplest definition about the monopoly on violence, the idea goes back to the early Enlightenment with thinkers like Jean Bodin (Six Books on the Commonwealth) and Thomas Hobbes (Leviathan).  There are also deep anthropological premises and historical circumstances that led to the rise of this view among modern political theorists.  But this view doesn’t stop with the Enlightenment thinkers, is also found in Counter Enlightenment thinkers like Joseph De Maistre and Carl Schmitt.

The historical circumstances that influenced Bodin and Hobbes were the religious wars that erupted across Europe as a result of the Protestant Reformation.  France was particularly hit the hardest.  In England there was the Cromwellian revolution which caused Hobbes to flee to France.  In both cases Bodin and Hobbes lived in a turbulent world in which order had disintegrated and chaos reigned supreme.  In seeking a restoration of the modus vivendi, both had reached the conclusion that political sovereignty and order was the only means to restore that lost order.

In both cases Bodin and Hobbes also promoted absolutism over religious authority – which is where the idea of “divine right” comes from.  People forget that the “divine right” of authority was also a deeply anti-ecclesiastical political tradition which permitted the state to overturn political influence wielded by churches.  Though Bodin was nominally Catholic, and Hobbes nominally Protestant, both were stringent opponents of ecclesiastical rule and authority.  This was largely because ecclesiastical authority was seen as part of the problem and incapable of resolving the tensions within society.  Since much of the division that was sweeping through France and England during both of their respective lives was partly due to religious fervor and counter-revolution, Bodin and Hobbes both concluded that only a “secular” state could resolve the tension of religious sectarianism.  This meant that religion had to subdued by the state.  Thus was born the true idea of the “national church” which was subservient to the national government.

But one of the basic anthropological premises that the idea of the monopoly on violence as the root of the state and secular authority stems from is the “Hobbesian” portrait of the state of the nature.  In a world of “anarchy” every man is his own judge, jury, and executioner.  (This is also something that John Locke agrees with when he comments on the state of nature.)  Because humans each have their own monopoly on violence, but society is a conglomeration of individuals, there is no monopoly on violence in society so it disintegrates into that “war of all against all” as Hobbes famously described.  Absent law, or any kind of order, humans loot, pillage, kill, steal, plunder, etc.  Nothing restrains the base and aggressive temptations and desires within humans.

Enter the state.  If the anarchy of the state of nature is because there are too many forces with a claim to be able to use violence, then the solution is the “monopolize” the use of violence (or force) to bring about order.  It is actually a very simple concept.

This is part of the understanding of the “social contract.”  People give up their “right” to use violence against one another as the law of self-preservation would have in the state of nature and give it over to a single authority (the state).  The trade-off is that the state now “guarantees” a modicum of peace, order, stability, and so forth, to allow individuals to go about their daily lives without fear of being stabbed in the back by someone else, etc.

Through the monopoly on violence the state becomes all-powerful and people respect the state and each other so as not to suffer the repercussions of the state’s monopoly on violence.  Giorgio Agamben, in his great work Homo Sacer, explains that only the state embodies social life (bios) while rendering all subjects (people) into animalized others (zoe), thus being “set apart” (homo sacer) in which they can be killed indiscriminately if the state so chooses because they are not part of the social order.  (Technically only the state is ever part of the social order but it also stands outside the social order because of its power.)  For Agamben, people – moreover than the state – will kill indiscriminately when they encounter this animalized other because the reaches of the state is not always fully comprehensive.  In Politics as a Vocation Weber also noted that this monopoly on violence is limited to certain geographic areas within the state’s juridical jurisdiction.  That is, there are geographic areas that are akin to “no man’s land” where anarchic violence reigns supreme because these regions haven’t experienced the subjugation of violence under a single authority.  (One could also see how Weber, writing in 1919 – influenced by the First World War – would conceive of this idea of spatial limitedness much like how Entente and Central Power forces controlled certain geographic zones but then there is “no man’s land” where anything goes.)  In these areas of no-man’s land, much like Agamben’s description of homo sacer running across people who will kill him for having been deemed an outcast (enemy of society or enemy of the state), Weber suggests that an open violence reigns in these places where violence isn’t codified and legitimized under a single head.

The phenomenon of “failed states” is essentially the collapse of the monopoly on violence which holds back the anarchic chaos and violence when multiple parties, individuals, or groups, now claim to wield the legitimate use of force.  We can see this today in places like Syria, Libya, parts of Somalia, and former territories once held by ISIS.  For all the ills of dictators their monopoly on violence keeps a certain degree of order and stability in which civil society, though constricted and restricted, can function.  Eliminate the monopoly on violence (e.g. the state) then all hell breaks loose.

Basically the starting premises of this idea of modern political philosophy are this: Because humans are aggressive and violent and follow their own base desires (humans are terrible animals), there reigns supreme an open law of violence and struggle when everyone is allowed to be their own judge, jury, and executioner.  But this type of life and living is untenable.  The state emerges wherein the “legitimate” use of violence is now conferred from individuals to the state.  The state’s monopoly on violence brings order to where there was chaos.  However, individuals are now subject to the legitimate use of violence by the state.  Violence is the answer to violence.  Americans should be familiar with this story in the rise and fall of the “Wild West” in which the law of individual retribution is that mass chaos which is eventually brought under control by the U.S. Marshals and forces and deputies of law which gradually exert their authority over the Western lands.  As a result cowboys can no longer kill one another without suffering the consequences from the law.

This, in some way, is a return to the ancient mythologies of the “battle of the gods” as Carl Schmitt explains in explaining what “political theology” is.  For Schmitt, all political concepts can be traced back to ancient theological, mythological, or religious concepts.  The oldest are the battles between the gods in ancient mythogonies.  The chaos god (generally the sea monster) threatens life which brings about a challenge from the orderly god (generally the land god).  The two do battle and the land god defeats the sea god and brings about the order necessary for human life to begin and eventually flourish.  The violence of chaos is met by an opposing force of violence until the violence of chaos is subdued.  But this is not really a permanent solution.  The chaos gods (or monsters) always threaten to return.  When they do, and that monopoly on violence is broken, the result is the return to chaos and life becomes untenable.  Hence when states lose their monopoly on violence disorder, civil war, and mass atrocities commence.

What one also makes of the fact that we know from evolutionary science that humans are six times more violent than other mammals is also problematic.[1]  For those who state that this gritty world is not true, science – and evolution in particular – begs to differ.  The question, then, is if violence reigns supreme is the only answer to curb such anarchic violence by monopolizing it – legitimizing it – under Leviathan?  The Enlightenment political theorists thought so.  The object isn’t to end violence.  The object is to control it.