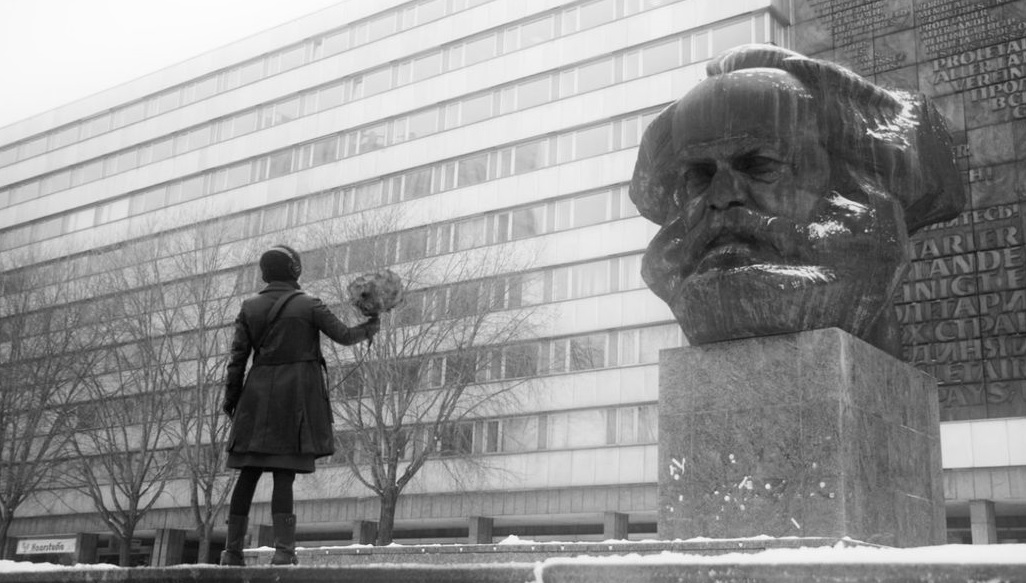 It is commonplace for many to associate postmodernism with being far-left, and, indeed, part of the Marxist and socialist tradition. We have already explored how social democracy and even democratic socialism are not, by classical and orthodox Marxist standards, part of the Marxist or socialist tradition. Rather, the Second International condemned social democracy and democratic socialism—following the economism of Eduard Bernstein—were really accommodated movements married to liberalism.

David North has compiled an anthology of essays offering an orthodox Marxist critique of the roots of postmodernism and why postmodernism is, in fact, a reactionary movement. This has been dealt with, in some sense, in a more accommodating book by the Marxist theorists Michael Löwy and Robert Sayre in their book Romanticism Against the Tide of Modernity,which concedes that the anti-capitalist spirit is purely romantic and not Enlightenment and therefore intrinsically reactive. North, however, seeks to disassociate between reactionary romanticism, existentialism, and Bernsteinian (social democratic) economism, from the genuine historical materialism, scientific socialism, and forward-consciousness of the proletariat essential to any orthodox Marxism and that the true spirit of Marxism is in the Enlightenment tradition.

North is a high-ranking member of the Trotskyite Fourth International and an editor and writer at World Wide Socialist Web (a real socialist and Marxist publication venue contrary to the faux socialists and “Marxists” like Owen Jones or John Nichols who dominate Anglo-American “leftwing” media). North charges that most of the contemporary radical left is a “pseudo-left” (v). North’s association of the contemporary left as the pseudo-left, which includes: postmodernism, the Frankfurt School and their heirs, Occupy Wall Street, SYRIZA in Greece, etc., is what the book deals with and is essential to all philosophers or those wishing to have a true understanding of the differences between left, pseudo-left (i.e. liberalism) or conservatism and reactionary philosophical thought.

The heart of North’s argument is twofold. He derides the particularity (identity politics) of the pseudo-left as being an uneasy combination of rightwing identitarian consciousness tempered by the ‘progressive’ stance taken on “race, nationality, ethnicity, gender, and sexual preference” (vii). For North, the great sleight of hand of the pseudo-left is how the concentration on the aforementioned pivots away from a strict criticism of capitalism and veers the pseudo-left into becoming the polite face of globalist liberalism, because the pseudo-left’s marriage with liberalism “come[s] to play a critical role in suppressing opposition to capitalism, by rejecting class as the essential social category and emphasizing, instead, personal ‘identity’ and ‘lifestyle,’ and by legitimizing imperialist interventions and wars in the name of ‘human rights’” (vii). The tactics of the pseudo-left, which is what their overarching liberal masters want from them, deny the reality of class struggle, advance “subjective idealism and philosophical irrationalism” over historical materialism and scientific socialism, and become the useful front for capitalist imperialism in the name of human rights and minority rights (xxii-xxiii).

Anyone with a basic familiarity with the philosophical reality of classical Marxism knows that North’s accusations are true. Postmodernism is characterized by the denial of objectivity and has its roots, however bastardized it may be, in subjective idealism and existentialist irrationalism. Irrationalism, here, is not “irrational” as asinine and ignorant critics like Sam Harris or Richard Dawkins (both of whom would be seen as useful stooges by North) wield the term, but the profoundly important (though anti-Marxist) philosophical tradition which asserts that reason, or rationalism, cannot solve our problems. That is, Irrationalism in its philosophical context is the school that promotes skepticism toward the applicability of universal reason in solving human problems. This is not a scandalous position to take either; William Barrett explained existentialism and irrationality in his great book Irrational Man.

Some of the core figures that come under North’s scrutiny are Herbert Marcuse, Theodor Adorno, and Ernst Bloch. Marcuse is nothing more than a petty liberal hedonist. Adorno is the great apostate. And Bloch a secular Jewish-Christian eschatologist. Indeed, North synthesizes the utopianism of the three aforementioned men with the economic utopianism of Eduard Bernstein (whose shadow looms large over the pseudo-left) to highlight, in contrast to traditional Marxist doctrine, “Utopia…is not part of a Marxist program” (p. 72).

Entering into philosophical exposition, North tries to show how the utopianism of what became the pseudo-left (the “revisionists” condemned by the Second International) had smuggled German Idealism, Historical School historicism, and Kantian moralism, into the Marxist program and therefore corrupted the originality of Marxist historical materialism, scientific socialism, and class struggle. Rather than culminate in a grand apocalypse and revolution, the pseudo-left became corrupted by the Whig Myth of Progress. Interestingly enough, the Second International condemned the historical revisionists for being Spinozist and Kantian rather than authentically Marxist. On historical grounds, North stands on good footing.

Thus, the reality of leftwing thought, if we can call it that, heading into the 20th century had three principal groups: Liberalism, the “pseudo-left” (the revisionists) and the Marxist left. According to North, the pseudo-left was torn between its Marxist heritage and its liberal accomodationism; it had grown to be schizophrenic because of its adoption of idealism, irrationalism, and individualism, as opposed to historical materialism, scientific socialism, and economic collectivism. The pseudo-left tried to remain radical, but the rise of existentialism, Frankfurt critical theory, and identity-individualism, finally ruptured in full-blown war between the pseudo-left and Marxist left. As North writes, the pseudo-left radicals waged an “unrelenting war—not against capitalism, but, rather, against Marxism” (p. 134). The rejection of the revolutionary role of the proletariat is what North subsequently focuses on. In the pseudo-left’s adoption of Kantian human rights, Historical School economism, and a spirit of existentialist subjectivism, the pseudo-left effectively came to obliterate the Marxist left and become the left-flank of capitalist, individualist, liberalism having been absorbed into the liberal germ.

Throughout the essays included in this anthology, North highlights how former radicals, in becoming members of the bourgeoisie, sold out to the liberal bourgeoisie. If you can’t beat them, join them. The postmodernists and other critical theorists might hide behind a veil of obfuscate language, but those who are well-read in the history of philosophy will be able to see through that obfuscate veil to see an empty nothingness at its heart. The same empty nothingness, North argues, that is at the center of economistic liberalism.

While North does a good job in showing how the pseudo-left is not part of classical Marxism, he does fail to take notice that many of Marx’s unpublished works (such as The German Ideology or Theses on Feuerbach) give a greater window into Marx’s thinking. For instance, in The German Ideology, Marx identifies the real cause of economic oppression. It is the sexual division of labor and the family household. Marxist feminism, as articulated by the likes of Shulamith Firestone in her book The Dialectic of Sex, can be seen as more Marxist than the Marxism of North and the classical Marxist brethren who dominate the Fourth International and its publication wing.

However, North doesn’t put such Marxist feminism under the pen of his criticism in this work. Instead, he brilliantly shows how much of the postmodern, Frankfurt critical theory, and social democratic and democratic socialist ideologues of the last half-century deviated tremendously from the classical Marxist tradition. They are pseudo-left. The perfect example of the reality of the politics of the pseudo-left is how the “Marxists” like Owen Jones, the heads of SYRIZA, the Occupy Wall Street crowd, and the pro-EU “lefties” all bow before the Kantian liberal international project. The heirs of the pseudo-left, like Jurgen Habermas, are so Kantian and pro-EU that to call them leftwing or Marxist is a disservice to the authentic Marxist tradition. For North, this is intentional—because it ultimately boxes out real leftwing critics from being heard or taken seriously. (And if you haven’t heard of David North or the Fourth International that just further affirms his point.) Instead, token resistance—the pseudo-left—is offered up because while this pseudo-left may have a few relatively “radical” positions on their agenda, they are, on the whole, compliant with the emergent liberal regime. The global citizenry utopia offered up by pseudo-leftists like Habermas and Slavoj Zizek expose them for what they are: The heirs to the pseudo-leftist tradition despite all their posturing. After all, the real Marxist and leftwing parties of the UK, and throughout Europe, all oppose the European Union. For understanding the pseudo-left and why it always accommodates liberalism, or is absorbed by liberalism, this is an essential read.

The Frankfurt School, Postmodernism and the Politics of the Pseudo-Left: A Marxist Critique
David North
Oak Park: Mehring Books, 2015; 320pp. 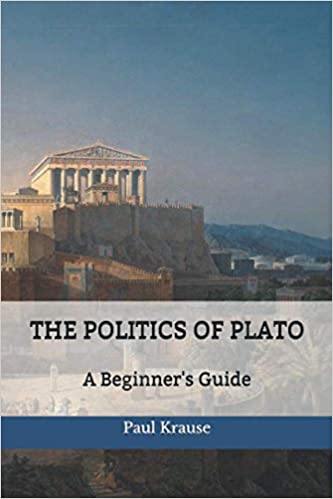